Info
1 Wallpapers 6 Images 1 Avatars 1 Gifs
Interact with the Movie: Favorite I've watched this I own this Want to Watch Want to buy
Movie Info
Synopsis: In postwar Vienna, Austria, Holly Martins, a writer of pulp Westerns, arrives penniless as a guest of his childhood chum Harry Lime, only to learn he has died. Martins develops a conspiracy theory after learning of a "third man" present at the time of Harry's death, running into interference from British officer Major Calloway, and falling head-over-heels for Harry's grief-stricken lover, Anna.


Tagline: Hunted by men...Sought by WOMEN! 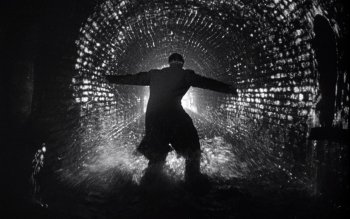 Blood: The Last Vampire
To See If I'm Smiling
The Man Between
Forbidden Games
The Bedford Incident
Memoirs of an Invisible Man
The Depraved