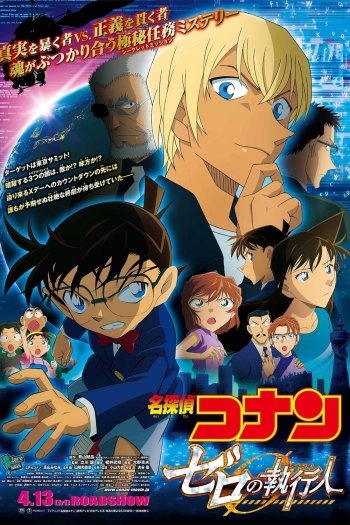 Info
Alpha Coders 4 Images
Interact with the Movie: Favorite I've watched this I own this Want to Watch Want to buy
Movie Info
Synopsis: After a sudden explosion at Edge of Ocean island in Tokyo, Tōru Amuro, codename Zero, begins to investigate. Meanwhile, private eye Kogorō is arrested as a suspect, so Conan Edogawa conducts his own investigation to prove his innocence, but Amuro stands in his way.

View the Full Cast of Detective Conan: Zero the Enforcer