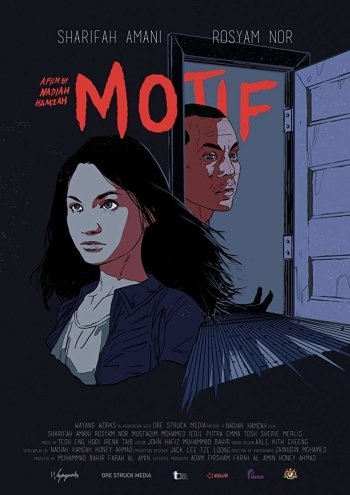 Info
1 Images
Interact with the Movie: Favorite I've watched this I own this Want to Watch Want to buy
Movie Info
Synopsis: Motif focuses on a police investigation and its most obvious innovation is the female perspective that the director imposes. Protagonist Dewi (Sharifah Amani) is a police officer who is sent from the capital of Kuala Lumpur to a provincial area, Tanah Merah (lit. “Red Earth”), to investigate the disappearance of the young daughter of the local community’s richest family. From the beginning, her arrival is greeted with distrust by her male colleagues, who are doubly annoyed by the fact of having an outsider who is also a woman intrude in the community.