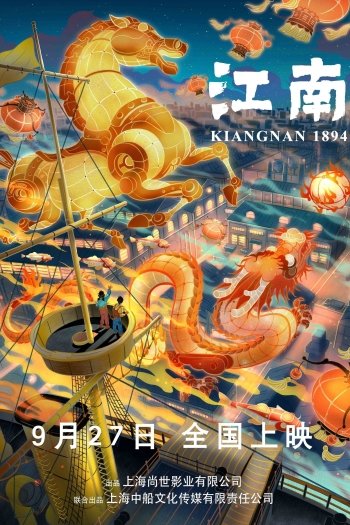 Info
Alpha Coders 1 Images
Interact with the Movie: Favorite I've watched this I own this Want to Watch Want to buy
Movie Info
Synopsis: In 19th century Shanghai, a young boy Ah Lang sneaks into the Navy Shipyard and unwittingly becomes the Chief Mechanic’s star apprentice. He quickly becomes embroiled in a fight with secret enemies who plot to destroy his super warship. With the war at hand, can he triumph Evil with the help of his sweetheart and her wonder-doggie Xiao Longbao ?