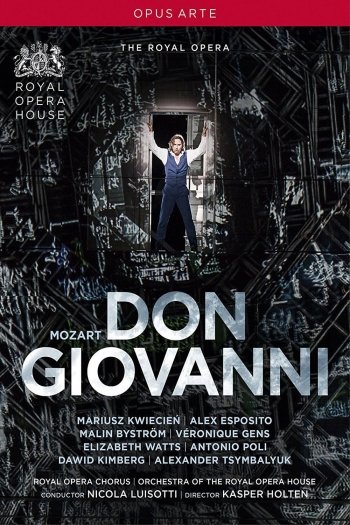 Info
1 Images
Interact with the Movie: Favorite I've watched this I own this Want to Watch Want to buy
Movie Info
Synopsis: The impulsive and charismatic Don Giovanni travels through Europe seducing women, accompanied by his long-suffering servant Leporello. But when Don Giovanni commits murder, he unleashes a dark power beyond his control. Kasper Holten’s production is rich in both colourful comedy and exhilarating drama. Set designs by Es Devlin (Les Troyens) and costume designs by Anja Vang Kragh (Stella McCartney, John Galliano for Christian Dior), with video projections by Luke Halls and choreography by Signe Fabricius, portray the visually entrancing world of Don Giovanni. At the heart of the production are the beauty and invention of Mozart’s dazzling score, which ranges from gorgeous arias and dramatic duets to the brilliant layering of dance melodies that bring Act I to a virtuoso close.