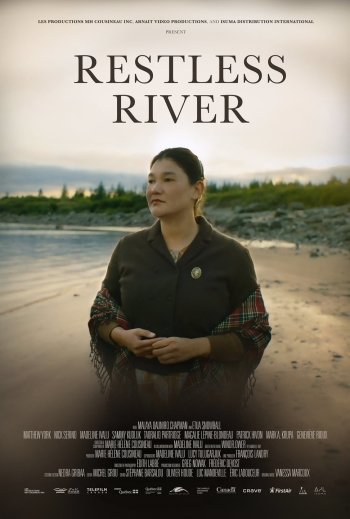 Info
2 Images
Interact with the Movie: Favorite I've watched this I own this Want to Watch Want to buy
Movie Info
Synopsis: Surprised at the loss of her innocence, the young Inuk Elsa draws courage and strength from her rugged land to become a woman as independent as the restless river that cuts across it. She becomes the very young mother of a child whose surprising destiny breaks with the millennial traditions of her ancestors. Navigating the social norms of the colonizers and the reality of her own family situation, the dreariness of a relationship that is not right for her, and the rebellion of her teenage son, Elsa’s path follows the winding course of the indomitable river that accompanies her every turn in life.