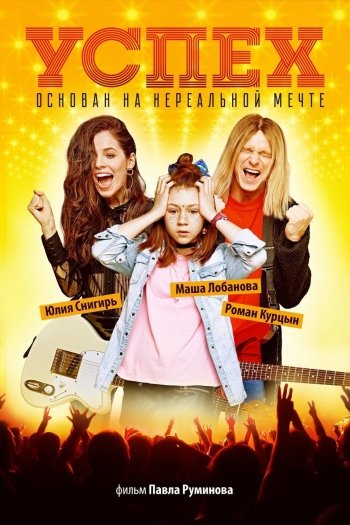 Info
Alpha Coders 2 Images
Interact with the Movie: Favorite I've watched this I own this Want to Watch Want to buy
Movie Info
Synopsis: What price are you willing to pay for success? Since childhood, dreaming of becoming a rock star Lisa comes an offer from America, and she leaves the family - husband Artem and little daughter Vita. They once dreamed to go to America to make music with Artyom, but after the birth of their daughter they had to forget about creativity. Now Artem raises her daughter alone, interrupted by odd jobs. Once he is forced to speak with covers of Russian pop music at corporate parties. He takes Vita with him, and she unexpectedly rescues his father — he sings a song for him, the words of which he does not know. Their extravagant performance hits the Internet, collects millions of views, and attracts the attention of a famous producer. He promises to make them true stars. But Vita does not want to be a star at all - she wants her mother to come back ...