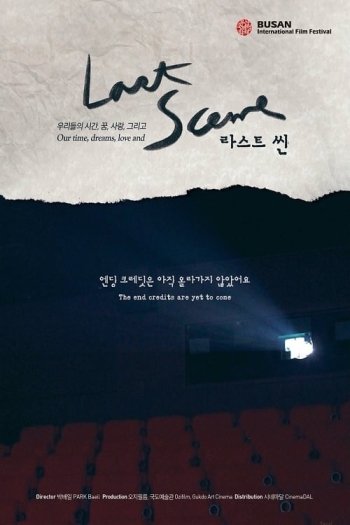 Info
Alpha Coders 1 Images
Interact with the Movie: Favorite I've watched this I own this Want to Watch Want to buy
Movie Info
Synopsis: Gukdo Art Cinema located in Daeyeon-dong, Busan is one of the most representative cinema in Busan for independent films and arthouse films along with Cinematheque Busan (currently moved to Busan Cinema Center) and Art Theater C+C. Gukdo opened in 2004 in Nampo-dong and moved to Daeyeon-dong in 2008 and has been a home for cinephiles in Busan and nearby areas for the last 10 years. The theater closed its operations on January 31st, 2018 after the building owner had refused to renew its contract. The last month of the theater is recorded in the movie Last Scene.