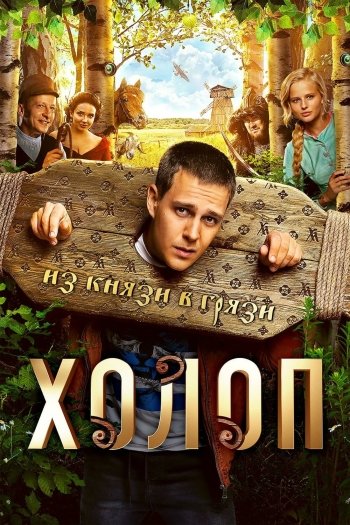 Info
Alpha Coders 2 Images
Interact with the Movie: Favorite I've watched this I own this Want to Watch Want to buy
Movie Info
Synopsis: Young major Grisha played in a beautiful life and decided that everything was permissible for him. He has done a lot of things, and now he faces a prison. To correct his son, a desperate oligarch-father goes to extreme measures. Together with his old friend, a psychologist, he comes up with a unique project: the atmosphere of the nineteenth century is being created on the basis of an abandoned village. Grisha gets into a custom-made accident and is allegedly transferred to the past. In fact, a sophisticated psychological experiment is being conducted on him - a spoiled major is turned into the usual servant Grishka, who lives in a stable in the territory of a manor’s estate. He is surrounded by actors whose goal is to change his life and personality. Each of his movements is closely monitored by a team of psychologists using a variety of cameras. Grisha will have to re-learn how to communicate with people, appreciate simple pleasures, work, and also find true love.

View the Full Cast of Serf