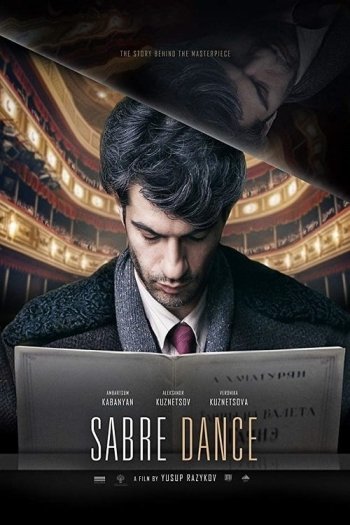 Info
1 Images
Interact with the Movie: Favorite I've watched this I own this Want to Watch Want to buy
Movie Info
Synopsis: Cold autumn of 1942. Second year of war. Former Molotov city, which was renamed after the war to Perm. The Leningrad Academic Theatre of Opera and Ballet after Kirov is evacuated here and in the process of tense preparations for the premiere of Gayane ballet. The world of a theatre in evacuation is mysterious, hungry and cold. Life, with all its wartime period tokens of the home front. Half-starved ballerinas, corps de ballet members, who turn into "Pink Ladies" on stage. Spectacles, performances in hospitals, defense factories and endless rehearsals. Final efforts to create Gayane coincide with the creation of the first tact of the 2nd symphony, often overlapping. In 8 hours Khachaturian writes the most performed creation.