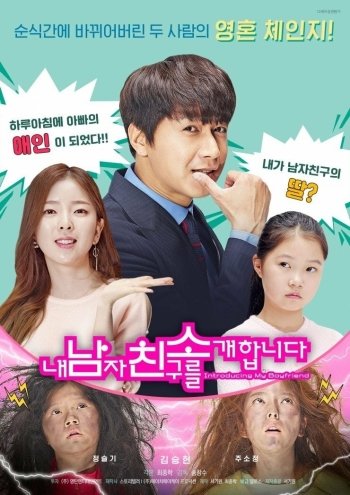 Info
1 Images
Interact with the Movie: Favorite I've watched this I own this Want to Watch Want to buy
Movie Info
Synopsis: Choi-hyeok, a CF director who achieved so much at a young age considers his daughter, Mi-na, as his driving force. However, Mina feels as if her father’s lover, Min-jeong, is only dating him for his money and looks, hence, they don’t get along so well. One day, Mi-na and Min-jeong met on set, and while they were in the middle of a fierce fight, their souls exchanged.