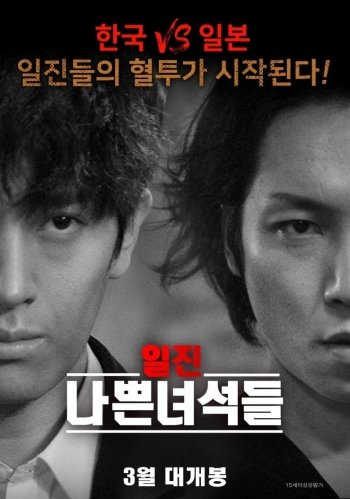 Info
1 Images
Interact with the Movie: Favorite I've watched this I own this Want to Watch Want to buy
Movie Info
Synopsis: In the middle of peaceful days as two top leaders, tender-hearted Jin-man and his friend Min-soo, though both martial arts school legends, felt a new thrill after a mysterious schoolgirl, Soo-jeong, visits their boxing club. Meanwhile, unidentified Japanese high school students begin to raise suspicions in Seoul. The former Japanese yakuza's son, Miura, and the hidden daughter of the Japanese prime minister and center of the nation's far-right forces, Miyo, stirs up a fight between Korea and Japan to determine who is the strongest. Korea vs. Japan! May the last baddest guy survive!