Movie Abyss Where Are My Pants? 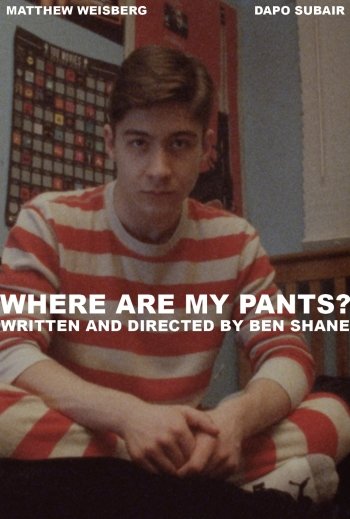 Where Are My Pants?

Info
1 Images
Interact with the Movie: Favorite I've watched this I own this Want to Watch Want to buy
Movie Info
Synopsis: Jack starts his first year at university and makes friends with Dave, who happens to have a very similar wardrobe as him. At the same time, Jack starts to realize his clothes start disappearing from his own laundry bin. This black-comedy-thriller short film features no dialogue and was shot on 16mm film.