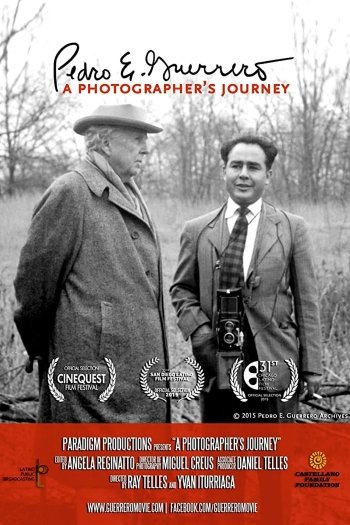 Info
Alpha Coders 1 Images
Interact with the Movie: Favorite I've watched this I own this Want to Watch Want to buy
Movie Info
Synopsis: Though his story is largely unknown, Pedro E. Guerrero led a remarkable life photographing the work of some of the greatest artists in the world and as an integral part of the 1950s “Mad Men” advertising world. Guerrero grew up poor and the victim of segregation as a Mexican-American. But, when Guerrero was just 22, Frank Lloyd Wright took a look at his portfolio and made the spur-of-the-moment decision to hire him to photograph Taliesin West, Wright’s desert home. Guerrero rapidly became one of the most sought-after architectural photographers and, consequently, the era’s major interpreter of modernist architecture and sculpture. A Photographer’s Journey is as much a portrait of Guerrero as it is a panorama of the culture and art of his time. - Sandy Wolf