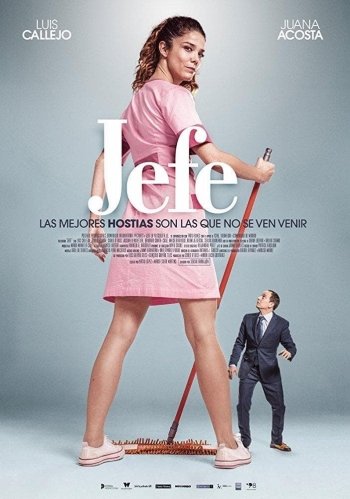 Info
Alpha Coders 2 Images
Interact with the Movie: Favorite I've watched this I own this Want to Watch Want to buy
Movie Info
Synopsis: Cesar is 'the boss', the one everyone hates, the one some flatter and the one nobody tells the truth; the great successful businessman is on the edge of the precipice. One night his actions crumble down, his partners betray him and his wife kicks him out of the house. Entrenched in his office, he tries relentlessly to recover his company and his life. But he will not do it alone, César will find a very special ally, Ariana, the cleaner of the night shift.

View the Full Cast of Jefe