Info
Alpha Coders 1 Wallpapers 5 Images
Interact with the Movie: Favorite I've watched this I own this Want to Watch Want to buy
Movie Info
Synopsis: A thriller about an interpreter who has overheard an assassination attempt in the UK. An American Secret Service agent is sent to investigate as Silvia Broome, the interpreter, is in danger of being killed by the assassins.


Tagline: The truth needs no translation.

View the Full Cast of The Interpreter 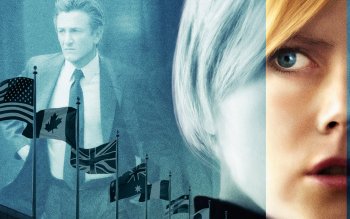 The Kingdom
Thoughtcrimes
The Lark Farm