Movie Abyss Thou Shalt Not Hate 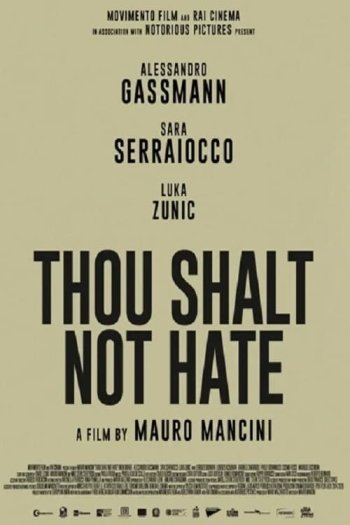 Thou Shalt Not Hate

Info
Alpha Coders 1 Images
Interact with the Movie: Favorite I've watched this I own this Want to Watch Want to buy
Movie Info
Synopsis: Simone Segre, a renowned surgeon of Jewish origins, lives in a city in the north-east of Italy. A quiet life, an elegant apartment and no connection with his past. One day he finds himself assisting a man victim of a hit and run accident. But when he discovers a nazi tattoo on his chest, Simone abandons him to his destiny. Filled with guilt, he ends up tracing the man’s family: Marica, the eldest daughter; Marcello, a teenager plagued with racial hate; and little Paolo. The night will come when Marica knocks at Simone’s door and unknowingly asks for payback.