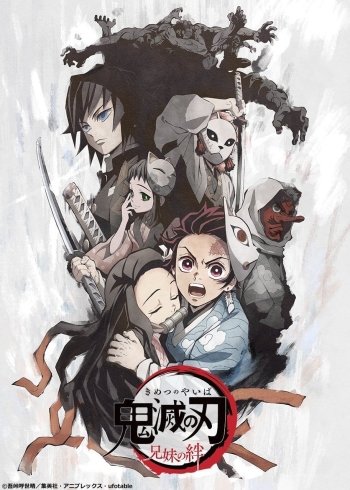 Info
Alpha Coders 1 Images
Interact with the Movie: Favorite I've watched this I own this Want to Watch Want to buy
Movie Info
Synopsis: Tanjiro finds his family slaughtered and the lone survivor, his sister Nezuko Kamado, turned into a Demon. To his surprise, however, Nezuko still shows signs of human emotion and thought. Thus begins Tanjiro's journey to seek out the Demon who killed their family and turn his sister human again. A recap film of Kimetsu no Yaiba, covering episodes 1-5 with extra footage.