Info
Alpha Coders 1 Wallpapers 5 Images
Interact with the Movie: Favorite I've watched this I own this Want to Watch Want to buy
Movie Info
Synopsis: Eager to start afresh, the unsuspecting couple of Anthony and Dolores Montelli, along with their four children, move into their dream house in Amityville. However, right from the very first night, strange paranormal experiences shatter the Montellis' fantasy, as the restless spirits of the dead and the new home's dark secrets open the unfathomable black portal of hell. Now, the family's older child, Sonny, has become the perfect vessel of destruction, as the invisible demonic forces claim his soul. Can Father Frank Adamsky cleanse the infernal Amityville House?


Tagline: If these walls could talk...they would SHRIEK!

View the Full Cast of Amityville II: The Possession 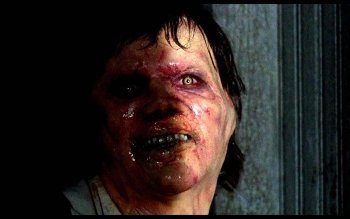 Aliens vs Predator: Requiem
Devil in My Ride
Night of the Demons