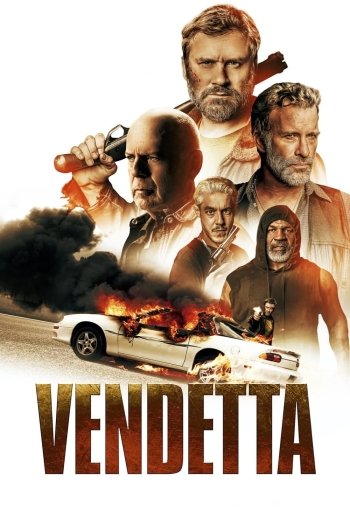 Info
Alpha Coders 1 Images
Interact with the Movie: Favorite I've watched this I own this Want to Watch Want to buy
Movie Info
Synopsis: When his daughter is murdered, William Duncan takes the law into his own hands, setting out on a quest for retribution. After killing the street thug responsible for her death, he finds himself in the middle of a war with the thug's brother, father, and their gang, who are equally hell-bent on getting even. What ensues is a tense back-and-forth game of vengeance. By the end, William comes to find that the quest for revenge never has a winner.

View the Full Cast of Vendetta