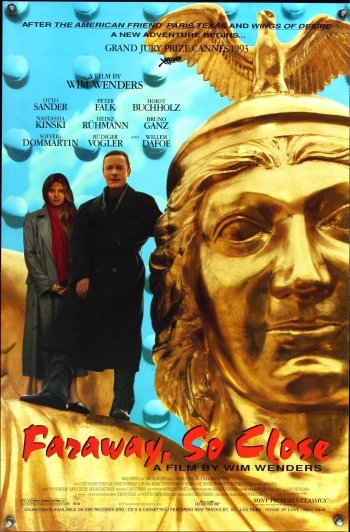 Info
1 Images
Interact with the Movie: Favorite I've watched this I own this Want to Watch Want to buy
Movie Info
Synopsis: Damiel is now married to Marion, runs the pizzeria “Da Angelo” and the two have a child. The solitarily remaining angel Cassiel is more and more dissatisfied with his destiny as a mere observer of human life and finally decides to take the great leap. As Karl Engel he soon gets into a dubious milieu and finds himself as the assistant of the German American Baker, who makes his money with shady arms deals and sends porno films east in exchange for weapons. Cassiel’s adventure turns into a “thriller” when he decides to put a stop to Baker’s game.

Pokémon 3: The Movie - Spell of the Unown

My Neighbor Totoro
Nothing
Legion of the Dead
Sweet Insanity