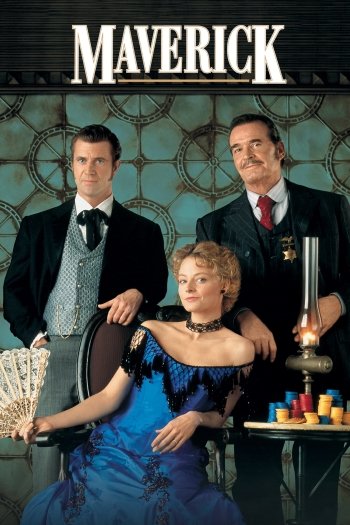 Info
Alpha Coders 1 Images
Interact with the Movie: Favorite I've watched this I own this Want to Watch Want to buy
Movie Info
Synopsis: Maverick is a gambler who would rather con someone than fight them, and needs an additional three thousand dollars in order to enter a winner-takes-all poker game that begins in a few days, so he joins forces with a woman gambler with a marvellous southern accent, and the two try and enter the game.


Tagline: In their hands, a deck of cards was the only thing more dangerous than a gun.

View the Full Cast of Maverick