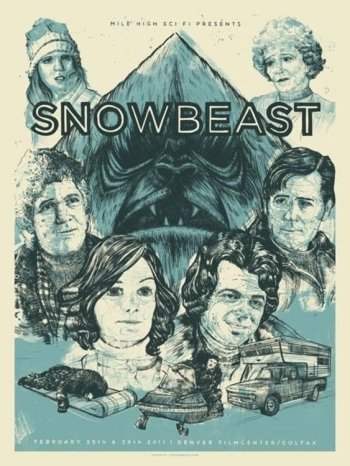 Info
Alpha Coders 1 Images
Interact with the Movie: Favorite I've watched this I own this Want to Watch Want to buy
Movie Info
Synopsis: In this made for TV film, an enormous and angry yeti begins to terrorize a Colorado ski resort by eating several skiers during a winter carnival. Everyone insists it is just a bear until a ski patrolman sees a white, shadowy and beastly shape disappearing into the woods.


Tagline: The legendary creature is half man... half animal... and a cold blooded killer!

Night of the Demon
Chalet Girl