Interact with the Movie: Favorite I've watched this I own this Want to Watch Want to buy
Movie Info
Synopsis: In CLINT THE STRANGER (CLINT EL SOLITARIO), also widely known as CLINT THE NEVADA'S LONER, Martin plays Clint Harrison, a gunfighter who has been on the run from a vengeful family for years. He returns to his home town to discover that his wife (Marianne Koch of FISTFUL OF DOLLARS fame) has taken his son and fled north to escape his unsavory reputations. Following her in an attempt to make amends, he rides into the middle of a land-grab war between a group of desperate farmers and an unscrupulous rancher named Shannon (Walter Byrnes from THE BIG GUNDOWN) and his brutal foreman (the always reliable Fernando Sancho). Promising his wife that he won't use this gun, Clint must stand by as Shannon's men eliminate the farmer's in a series of well-staged set pieces calculated to make the audience anticipate the inevitable moment when Clint is forced to turn his guns and settle accounts.

At the End of the Rainbow
A Reason to Live, a Reason to Die
The Grand Duel
The Five Man Army
Finders Killers
For a Few Extra Dollars
A Man Called Sledge
A Bullet for the General 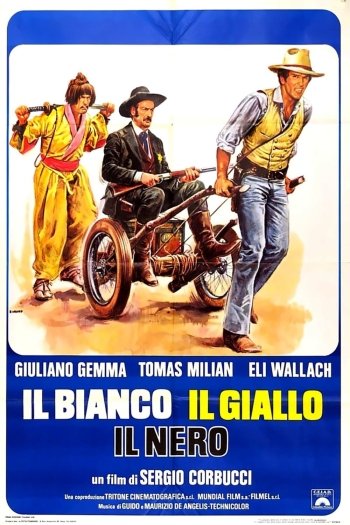