Info
1 Wallpapers 13 Images
Interact with the Movie: Favorite I've watched this I own this Want to Watch Want to buy
Movie Info
Synopsis: After a misunderstanding aboard an airplane that escalates out of control, the mild-mannered Dave Buznik is ordered by Judge Daniels to attend anger management sessions run by Doctor Buddy Rydell, which are filled with highly eccentric and volatile men and women. Buddy's unorthodox approach to therapy is confrontational and abrasive and Dave is bewildered by it. Then, after yet another mishap, Judge Daniels orders Dave to step up his therapy or wind up in jail. So, Buddy moves in with Dave to help him battle his inner demons. Buddy himself has no inner demons since he acts out at every opportunity and that includes making lewd comments about Dave's girlfriend Linda and goading Dave into confronting every slight, past or present, head-on. But Buddy finally goes too far and Dave must decide whether to crawl back into his shell or stand up for himself. Could it be that Buddy's confounding and contradictory treatment is just what the doctor ordered? 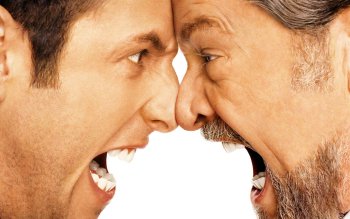 The Story of Us

Jack and Jill vs. the World
Die Österreichische Methode