Movie Abyss Missile to the Moon

Missile to the Moon

Info
1 Wallpapers
Interact with the Movie: Favorite I've watched this I own this Want to Watch Want to buy
Movie Info
Synopsis: Escaped convicts Gary and Lon are caught hiding in a rocket by scientist Dirk Green, who forces them to pilot the ship to the moon. Dirk, who's secretly a moon being, wants to return to his home satellite. Dirk's partner Steve Dayton and his fiancé June stowaway on the ship by accident. Will they all make it back safely?

Recent Missile to the Moon Wallpapers 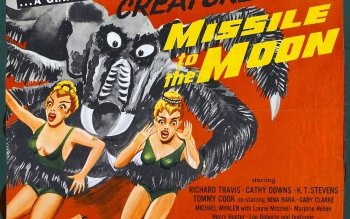 Return of the Ape Man

Murder Is My Beat