Info
1 Wallpapers
Interact with the Movie: Favorite I've watched this I own this Want to Watch Want to buy
Movie Info
Synopsis: Martin (John Amplas) sedates women with a syringe full of narcotics and then slices their wrists with a razor blade so he can drink their blood. Martin, who comes to live with his uncle and niece in the dying town of Braddock, Pennsylvania, has romantic monochrome visions of vampiric seductions and torch-lit mobs, but it is impossible to tell how seriously he takes them.


Tagline: He could be the boy next door... 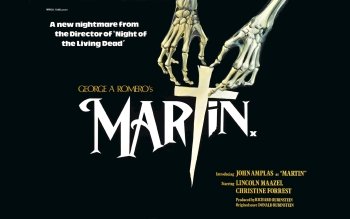 Grave of the Vampire