Info
1 Wallpapers
Interact with the Movie: Favorite I've watched this I own this Want to Watch Want to buy
Movie Info
Synopsis: An uptight, leather-clad female alien, armed with a raygun and accompanied by a menacing robot, comes to Earth to collect Earth's men as breeding stock


Tagline: Invasion from Outer Space!...Sights too weird to imagine! Destruction too monstrous to escape! 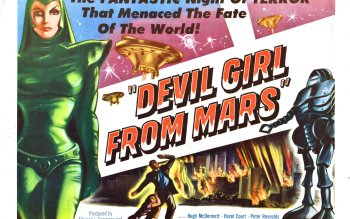