Info
1 Wallpapers 12 Images
Interact with the Movie: Favorite I've watched this I own this Want to Watch Want to buy
Movie Info
Synopsis: The dynamic duo of Chon Wang and Roy O'Bannon return for another crazy adventure. This time, they're in London to avenge the murder of Chon's father, but end up on an even bigger case. Chon's sister is there to do the same, but instead unearths a plot to kill the royal family. No one believes her, though, and it's up to Chon and Roy (who has romance on his mind) to prove her right.


Tagline: A Royal Kick In The Arse. 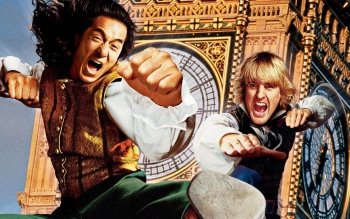