Info
Alpha Coders 1 Wallpapers
Interact with the Movie: Favorite I've watched this I own this Want to Watch Want to buy
Movie Info
Synopsis: Blacula is a 1972 American horror film produced for American International Pictures. It was directed by William Crain and stars William Marshall in the title role as an 18th century African prince who is turned into a vampire while visiting Transylvania. Two centuries later, he rises from his coffin attacking various residents of Los Angeles. The prince meets Tina, a woman he believes is the reincarnation of his deceased wife.-Wikipedia 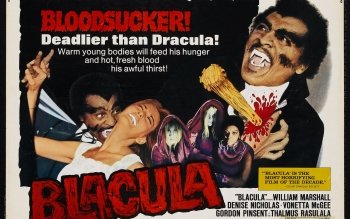