Movie Abyss Planet of the Apes

Info
2 Wallpapers 5 Art 26 Images 17 Gifs
Interact with the Movie: Favorite I've watched this I own this Want to Watch Want to buy
Movie Info
Synopsis: An U.S. Spaceship lands on a desolate planet, stranding astronaut Taylor in a world dominated by apes, 2000 years into the future, who use a primitive race of humans for experimentation and sport. Soon Taylor finds himself among the hunted, his life in the hands of a benevolent chimpanzee scientist.


Tagline: Somewhere in the Universe, there must be something better than man!

View the Full Cast of Planet of the Apes

Recent Planet of the Apes Wallpapers 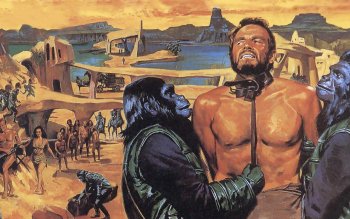 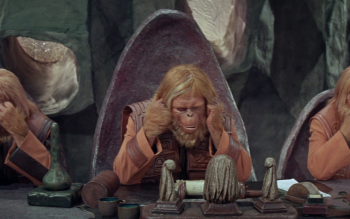