Movie Abyss Aladdin and the King of Thieves

Info
2 Wallpapers 24 Images
Interact with the Movie: Favorite I've watched this I own this Want to Watch Want to buy
Movie Info
Synopsis: At long last, Aladdin is about to marry the Princess Jasmine. Despite the presence and encouragement of his friends Genie, Carpet, and Abu, he is fearful and anxious. He is most worried as to what kind of father he will be, having never known his own. But when the 40 Thieves disrupt the wedding trying to steal a magical oracular talisman, Aladdin is drawn into a dangerous quest to stop the thieves.

Recent Aladdin and the King of Thieves Wallpapers 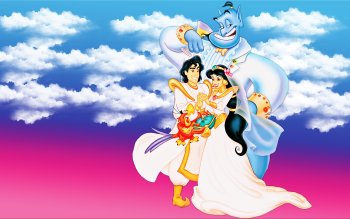 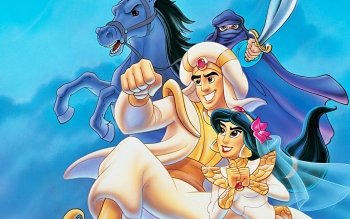 The Thief of Bagdad

The Nature of Nicholas

Attack of the Kurds

Travels With My Aunt