Movie Abyss Give the Devil His Due 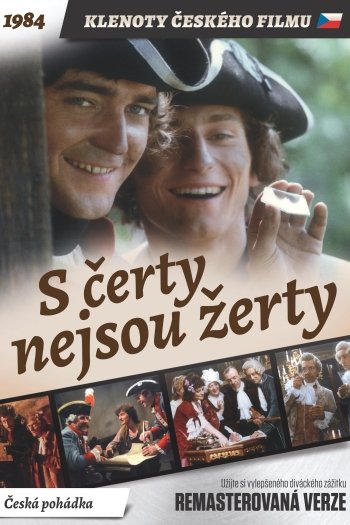 Give the Devil His Due

Info
1 Images
Interact with the Movie: Favorite I've watched this I own this Want to Watch Want to buy
Movie Info
Synopsis: Dorota, a bad woman married the miller, out of sheer greed drives him to death. She then took the mill away from his son Peter and threw him out of the hime. Lucifer, who is known to rule in hell, sends out the devil Janek. He is supposed to fetch Dorota because the measure of her earthly sins is overflowing. But the devil himself can not handle this evil woman and flees to the military. There he meets Peter. By joining forces, they finally succeed in transporting the wicked Dorota to hell. Since then hell is hell. But for Peter, who is suddenly in possession of a magic mantle, begins a nice time, because strangely, the prince shows great interest in him.