Info
Alpha Coders 1 Wallpapers 12 Images
Interact with the Movie: Favorite I've watched this I own this Want to Watch Want to buy
Movie Info
Synopsis: Officer Carey Mahoney and his cohorts have finally graduated from the Police Academy and are about to hit the streets on their first assignment. Question is, are they ready to do battle with a band of graffiti-tagging terrorists? Time will tell, but don't sell short this cheerful band of doltish boys in blue.


Tagline: To protect, to serve... and make you laugh. America's funniest crimebusters are back!

View the Full Cast of Police Academy 2: Their First Assignment 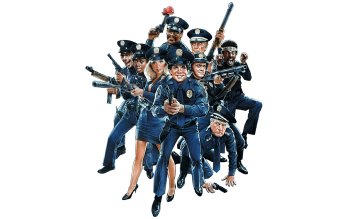 Police Academy 3: Back in Training
Fantomas Strikes Back