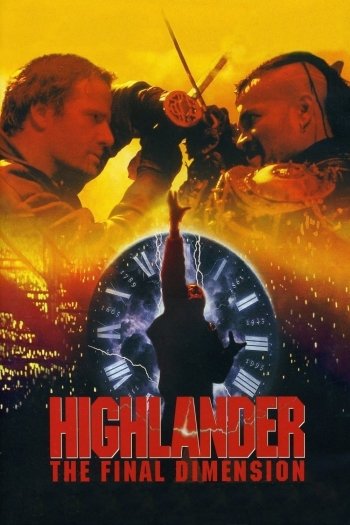 Info
1 Images
Interact with the Movie: Favorite I've watched this I own this Want to Watch Want to buy
Movie Info
Synopsis: Starts off in the 15th century, with Connor McLeod (Christopher Lambert) training with another immortal swordsman, the Japanese sorcerer Nakano (Mako). When an evil immortal named Kane (Mario Van Peebles) kills the old wizard, the resulting battle leaves him buried in an underground cave. When Kane resurfaces in the 20th century to create havoc, it's up to McLeod to stop him.


Tagline: Throughout time they have hunted each other fulfilling the prophecy, that there can be only one.

The Man Who Knew Too Much