Info
Alpha Coders 2 Wallpapers 1 Images
Interact with the Movie: Favorite I've watched this I own this Want to Watch Want to buy
Movie Info
Synopsis: A lone-wolf scientist sequestered in a mansion near a small desert town arouses the suspicion of the town's doctor when his lab assistant is found dead from a case of acromegaly which took only four days to develop. As the doctor investigates, aided by the scientist's new, and very female, assistant, they discover that, far worse, something much larger and hungrier than it ever should be, is devouring local cattle - and humans - in increasingly large quantities.


Tagline: More terrifying than any horror known to man comes a creeping crawling monster whose towering fury no one can escape!

View the Full Cast of Tarantula 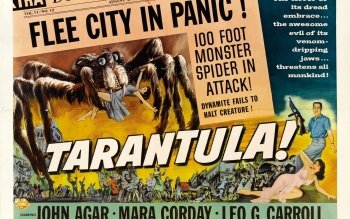 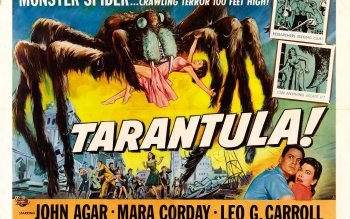 The Beast From 20,000 Fathoms
Varan the Unbelievable
Dinocroc vs. Supergator
Hollywood Rated 'R'
Mega Python vs. Gatoroid
Beneath Loch Ness