Info
1 Wallpapers 11 Images
Interact with the Movie: Favorite I've watched this I own this Want to Watch Want to buy
Movie Info
Synopsis: Jackie Chan stars as Asian Hawk, an Indiana Jones-style adventurer looking to make a fortune in exotic antiquities. After Hawk discovers a mysterious sword in Africa, a band of Satan-worshipping monks kidnap his ex-girlfriend Lorelei, demanding the sword as ransom as well as other pieces of the legendary Armour of God - a magical outfit dating back to the Crusades.


Tagline: Jackie Chan in his greatest adventure ever! 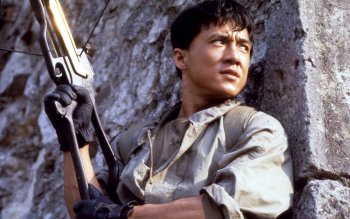 Day of the Evil Gun

Temple of the White Elephant