Info
Alpha Coders 1 Wallpapers
Interact with the Movie: Favorite I've watched this I own this Want to Watch Want to buy
Movie Info
Synopsis: Scientists investigate what appears to be a meteorite that crashes into the ocean. After a few days and nights of mysterious lights and noises, a giant machine comes out of the ocean. The machine is the creation of an alien race, that is trying to syphon energy from earth. A true classic, in that it is so different from anything in the time period. To this day, nothing else has come out like it. 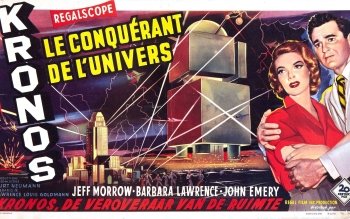 The Beast From 20,000 Fathoms
Varan the Unbelievable