Movie Abyss Flight of the Navigator

Info
Alpha Coders 1 Wallpapers 11 Images
Interact with the Movie: Favorite I've watched this I own this Want to Watch Want to buy
Movie Info
Synopsis: In Flight of the Navigator, 12-year old David Freeman goes missing in 1978, only to reappear in 1986. In the eight years that have passed, he hasn't aged. It's no coincidence that at the time he comes back, a flying saucer is found. David feels inexplicably connected to the fantastic machine...


Tagline: Come along on the greatest adventure of the summer!

Recent Flight of the Navigator Wallpapers 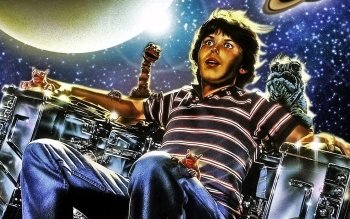