Movie Abyss Father of the Bride

Info
Alpha Coders 1 Wallpapers 8 Images
Interact with the Movie: Favorite I've watched this I own this Want to Watch Want to buy
Movie Info
Synopsis: George Banks is an ordinary, middle-class man whose 21 year-old daughter Annie has decided to marry a man from an upper-class family, but George can't think of what life would be like without his daughter. He becomes slightly insane, but his wife tries to make him happy for Annie, but when the wedding takes place at their home and a foreign wedding planner takes over the ceremony.


Tagline: Love is wonderful. Until it happens to your only daughter.

Recent Father of the Bride Wallpapers 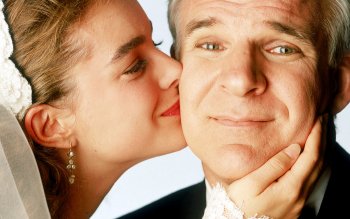