Info
1 Wallpapers 11 Images
Interact with the Movie: Favorite I've watched this I own this Want to Watch Want to buy
Movie Info
Synopsis: In an ancient time when majestic fire-breathers soared through the skies, a knight named Bowen comes face to face and heart to heart with the last dragon on Earth, Draco. Taking up arms to suppress a tyrant king, Bowen soon realizes his task will be harder than he'd imagined: If he kills the king, Draco will die as well.

View the Full Cast of DragonHeart 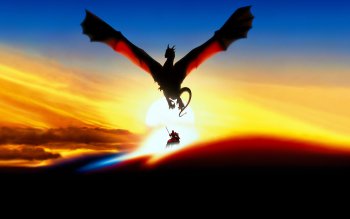