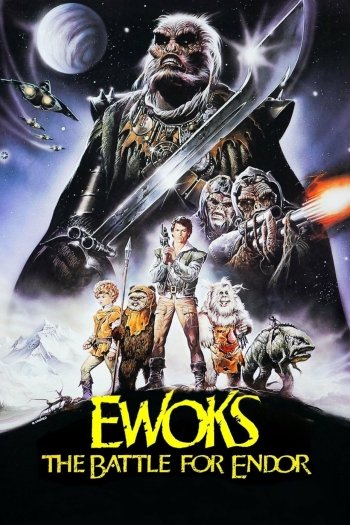 Ewoks: The Battle for Endor

Info
Alpha Coders 1 Images
Interact with the Movie: Favorite I've watched this I own this Want to Watch Want to buy
Movie Info
Synopsis: The army of the Marauders, led by King Terak and the witch Charal, attack the Ewoks village, killing Cindel's family. Cindel and the Ewok Wicket escape and meet Teek in the forest, a naughty and very fast animal. Teek takes them to a house in which an old man, Noa, lives. Like Cindel, he also crashed with his Starcruiser on Endor. Together they fight Terak and Charal.

The Chronicles of Narnia: Prince Caspian
Interstate 60: Episodes of the Road
Sliding Doors
Legend of Crystania: The Motion Picture