Info
Alpha Coders 1 Wallpapers 1 Art 3 Images 20 Gifs
Interact with the Movie: Favorite I've watched this I own this Want to Watch Want to buy
Movie Info
Synopsis: During an assignment, foreign correspondent Steve Martin spends a layover in Tokyo and is caught amid the rampage of an unstoppable prehistoric monster the Japanese call 'Godzilla'. The only hope for both Japan and the world lies on a secret weapon, which may prove more destructive than the monster itself. 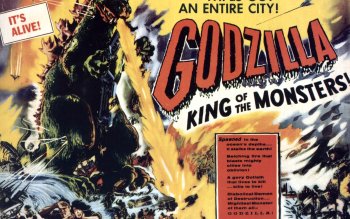 Godzilla vs. Gigan
Terror of Mechagodzilla