Info
Alpha Coders 1 Wallpapers
Interact with the Movie: Favorite I've watched this I own this Want to Watch Want to buy
Movie Info
Synopsis: Lt. Col. Glenn Manning is inadvertently exposed to a plutonium bomb blast at Camp Desert Rock. Though burned over 90% of his body, he survives, and begins to grow in size. As he grows, his heart and circulatory system fail to keep pace with his growth, and he is gradually losing his mind as a result of reduced blood supply to his brain. He reaches 50 feet tall before his growth is stopped. By this time he has become insane. He escapes and wreaks havoc upon Las Vegas before he is finally stopped. 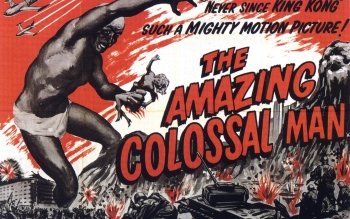