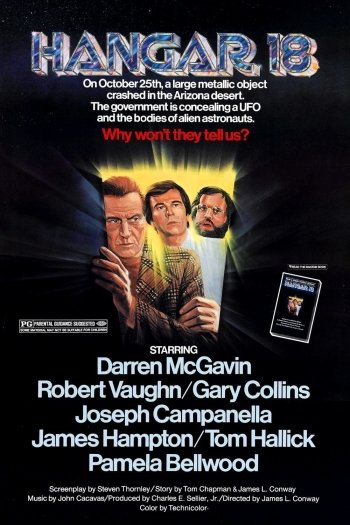 Info
Alpha Coders 1 Images
Interact with the Movie: Favorite I've watched this I own this Want to Watch Want to buy
Movie Info
Synopsis: During a Space Shuttle mission a satellite rams a unidentified flying object. The UFO afterwards performs an emergency landing in the deserts of Arizona. However the White House denies it's existence because of the near presidential elections. The UFO is brought to the secret hangar 18 and the accident is claimed to incompetence of the astronauts Bancroff and Price. But the two fight against this and try to hunt down the UFO.