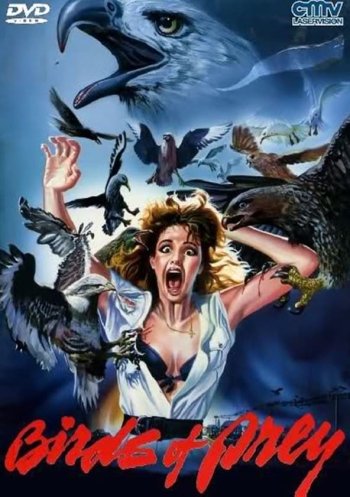 Info
1 Images
Interact with the Movie: Favorite I've watched this I own this Want to Watch Want to buy
Movie Info
Synopsis: Vanessa, a television reporter covering a story of a farmer attacked by his chickens, discovers that this is not an isolated incident. Travelling to Spain with her cameraman Peter, the two discover the survivors of a town wiped out by the birds thirty years ago. Meanwhile, attacks continue as a child's birthday party ends in tragedy and doves devour a poultry farmer and his wife. Vanessa soon comes to the conclusion that the birds are organizing themselves against the ecological ravages of man, but time is running out as thousands of birds launch an attack against a train Vanessa is traveling on.