Movie Abyss Not of This Earth

Not of This Earth

Info
1 Wallpapers
Interact with the Movie: Favorite I've watched this I own this Want to Watch Want to buy
Movie Info
Synopsis: An alien agent from the distant planet Davana is sent to earth via a high-tech matter transporter. There he terrorizes Southern California in an attempt to acquire blood for his dying race, the result of a devastating nuclear war.


Tagline: Somewhere in this world stalks a thing that is...

Recent Not of This Earth Wallpapers 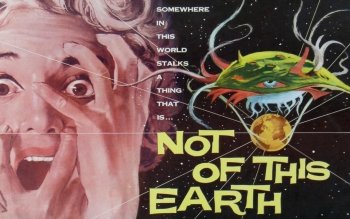 The Secret of the Telegian

Monstroid: It Came From The Lake

Horror of the Humongous Hungry Hungan