Info
1 Wallpapers 1 Art
Interact with the Movie: Favorite I've watched this I own this Want to Watch Want to buy
Movie Info
Synopsis: So it starts out with an archaeological team in the 50's that stumbles upon this underground civilization of a lost dynasty of sumerians, who have apparently failed to evolve over the past 5,000 years. 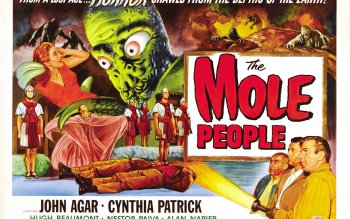 The Secret of the Telegian
Colony Mutation
Goke, Body Snatcher from Hell
Monstroid: It Came From The Lake
War of the Colossal Beast
Interplanetary
Groom Lake
King Dinosaur
Talisman
Horror of the Humongous Hungry Hungan
Rats: Night of Terror
Not of This Earth