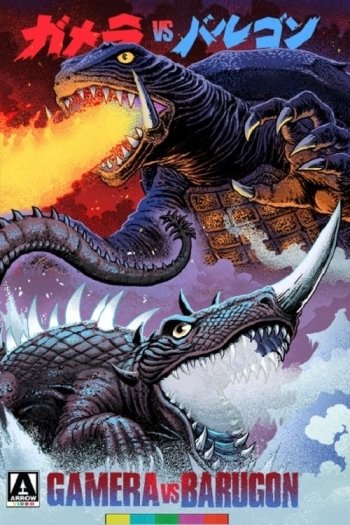 Info
1 Images
Interact with the Movie: Favorite I've watched this I own this Want to Watch Want to buy
Movie Info
Synopsis: Six months after Gamera's first appearance, a giant opal from New Guinea is brought back to Japan and the new monster Barugon is born. The creature attacks the city of Osaka by emitting a rainbow ray from his back, along with a freezing spray from its mouth, and only a fire-breathing turtle can save the day.