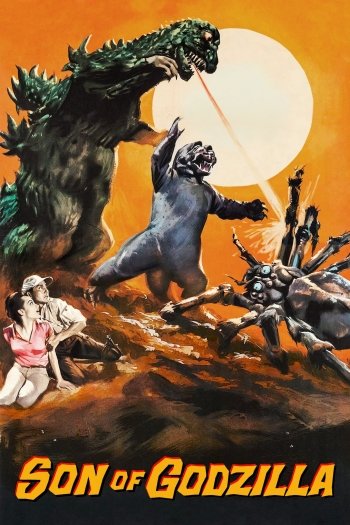 Info
1 Images
Interact with the Movie: Favorite I've watched this I own this Want to Watch Want to buy
Movie Info
Synopsis: Scientists in the South Seas are conducting weather experiments when reporter Goro Maki suddenly arrives on Sollgel Island. He soon discovers the island is inhabited by giant mantids, a cast away woman, and an infant monster that Godzilla must adopt and raise as his own.